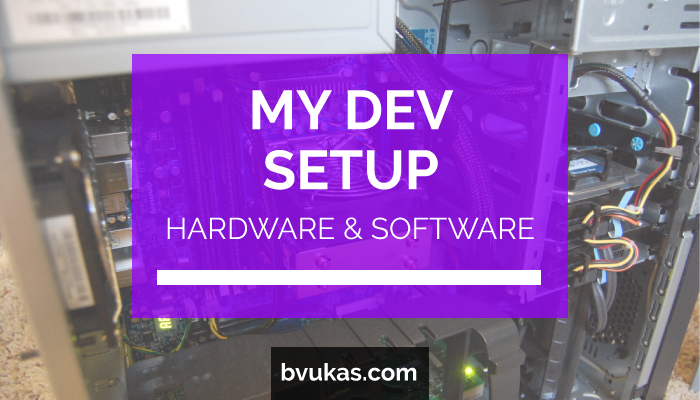 I recently had the pleasure of setting up a new MacBook Pro and upgrading my workstation to Windows 10. I like making checklists so thought I’d keep track of what I set up for next time.

Also seen it as a good opportunity to share the tools I use, for any other developers that are interested. It’s always interesting to hear what other people are using in the industry. 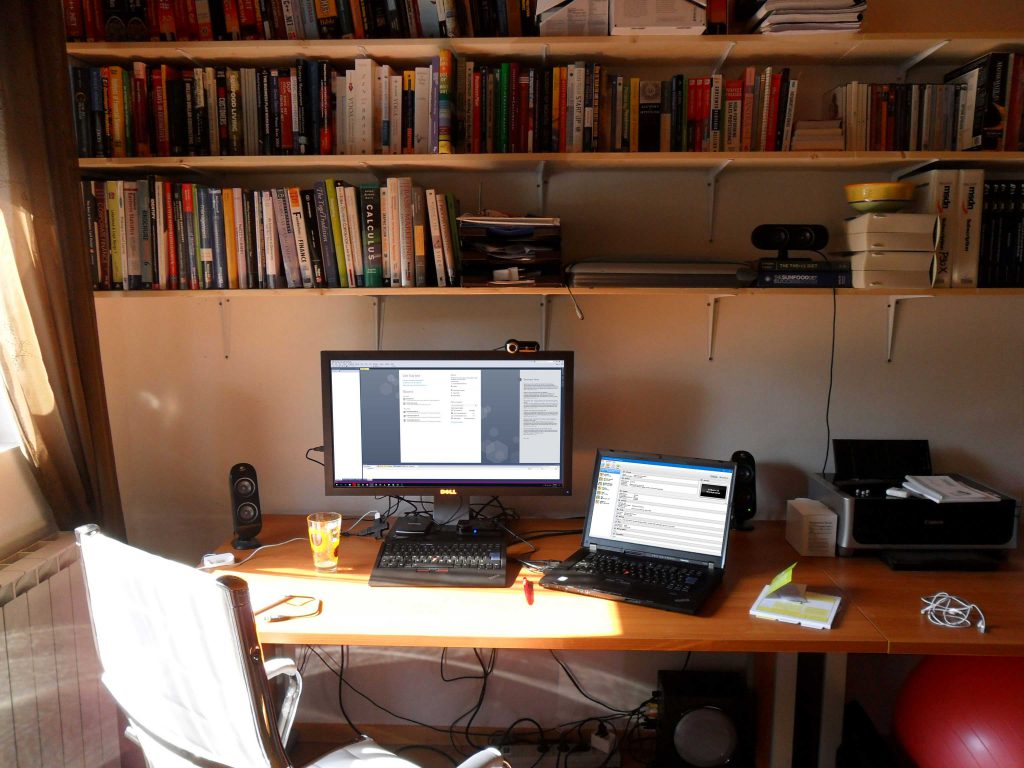 My hardware consists of:

I bought it while living in Thailand back in 2013. I got it for $600 in the Lenovo Outlet (shipped it from US), which was a real bargain. I gradually upgraded it over time with SSD’s and the best Xeon CPU I could find.

It’s a great computer: really reliable, has great drivers, lots of memory, and perfect for running lots of virtual machines. Since it’s not the latest gen, the components are fairly cheap. For instance, I got the Xeon E5-2670 CPU off eBay for $80.

The drawback is that it’s big. I am considering downsizing some of the bulk, since the technology has advanced a lot in the years since. Laptops today easily can have up to 32GB of RAM, which was one of the primary reasons why I bought it at the time.

My first ThinkPad was back in 2010, and it was a 15″ T500. At the time, it was my primary and only machine. It was a quad-core, the battery and the screen were so-so, but it was powerful. It broke down on me the first thing after I flew in to Philippines, so I replaced it with a high-end equivalent. I was in a hurry and I got it in Manila in MegaMall for 72,000 PHP. As far as the broken ThinkPad is concerned, it turned out, it was really impossible locating a service center in the Philippines.

Fast forward to today, now I’m using a 14″ ThinkPad T450 with an ultra-low voltage i7 processor. It’s not as great as a number-cruncher when compared to my previous T500, and you can definitely hear the fans come up, but it’s very quiet, fast, fantastic drivers, and great screen. Speaking of batteries, I can easily get 15+ hours on a single charge.

ThinkPads usually have crappy panels, regardless if you upgrade them or not, and this one was particularly bad low-res TN panel. As soon as I got the laptop (I bought it used), I replaced the panel with a high-res IPS from a reputable online source.

The only minor issue I see with this laptop is that it doesn’t use the latest NVMe hard drives, and doesn’t have USB-C, which I think would be great on the road for charging. On the positive side, it’s possible to upgrade the laptop with up to 32GB of RAM, so in case I want to do that, I have a great alternative to my ThinkStation for running an occasional virtual machine.

About the Macbook Pro 13″ (non-Retina)

Yes, it’s a non-retina, and I bought if used from my ex-boyfriend in Bangkok, who got it in US on a good deal for $800. Since then, I upgraded it to the max with 16GB RAM and dual SSD’s. It’s an i5, it’s good for occasional client work, and now I share it with Ric who uses it as his primary computer, with a dual-monitor set-up.

I run a mix of everything; my ThinkStation is on Windows 10 Enterprise, and lots of other operating systems in virtual machines; but previously it was a Hackintosh (dual-boot Windows and macOS).

I use a lot of Remote Desktop, VNC and SSH to go back and forth all these machines.

My ThinkPad T450 runs latest Ubuntu as well as Windows 10. It would be great to have a tripple-boot with Hackintosh (Win+Mac) as well as Ubuntu. Not for bragging, just so I can have everything I need when I’m on the road (camping, for example).

The 13″ Macbook is on latest macOS, obviously. I primarily use it for XCode, mono and OmniFocus.

Checklist: What to Set Up

Cloud services that I use frequently:

Would love to hear what you use. Feel free to share your tools in the comments below.